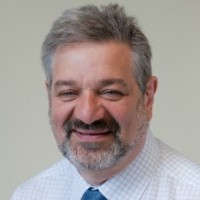 Ian was appointed a Non Executive Director on 1 July 2017. He chairs the Quality Committee and the Mental Health Act Governance Group and serves on the Audit Committee.

Ian was Executive Medical Director of Alder Hey Children’s NHS Foundation Trust in Liverpool between 2011 and 2015, having previously been a Consultant Paediatric Oncologist at Leeds Teaching Hospital NHS Trust for 25 years. He held a number of senior clinical leadership and strategic roles in the NHS and was active in clinical trial and health services research, being appointed to a Personal Chair at Leeds University. He also co-chaired the Children and Young People’s Health Outcomes Forum, an independent national governmental advisory group, between 2012 and 2016.

Ian has served as a Trustee to a number of charities including Candlelighters, Martin House Children’s Hospice and Bone Cancer Research Trust. He is a Governor of a comprehensive secondary school and continues with mentoring, teaching and independent advisory activities.