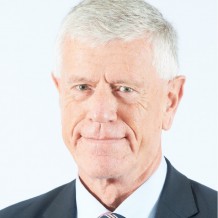 Brodie was appointed as a Non Executive Director in September 2014. He chairs the Business Committee and the Charitable Funds Committee and is a member of the Nominations and Remuneration Committee. Brodie was appointed as Vice Chair of the Trust in April 2016 and is also the Trust's Senior Independent Director which includes duties such as assuming the Interim Chair position during the recruitment of a new Chair and intervening to resolve issues of concern on the Board. He was appointed the position of Chair on 11 August 2020.

Brodie has had extensive public sector experience with 32 years in the Prison Service and nine years in the UK Border Agency. His experience has included governing prisons, responsibility for the high security prison estate and latterly he developed and successfully led the UK Border Force through a modernising programme with security and risk at its core. He is experienced in dealing with large scale complex national and international risk activity and in delivering transformational change agendas within demanding operational settings. He was awarded a CBE in 2010 for his work on UK border security.

Alongside his own consultancy business he gives time to a charitable organisation with a national alcohol and drugs misuse role. Most recently he has been involved in delivering human rights improvements with Thailand’s prison and immigration arrangements and a program of improving Government management arrangements in particular Middle Eastern countries. He is a strong believer in the power and the voice of local communities and he seeks to support that through his role with the Trust.