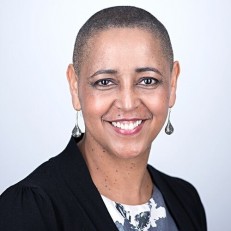 Alison Lowe has worked with Voluntary Organisations for nearly 30 years, including as the Chief Executive of Touchstone, a Mental Health Charity in Leeds and wider West Yorkshire, for nearly 20 years.

Alison is currently the Deputy Mayor for Police and Crime in West Yorkshire on behalf of the Mayor, Tracy Brabin. Alison has been involved in local government for 29 years as a local councillor representing Armley and she was the Deputy Lord Mayor of Leeds in 2003-4. Alison was made an Honorary Alderwoman of Leeds in 2020.

Alison has substantial experience in developing inclusive leadership teams and was awarded an honorary Doctor of Laws by University of Leeds for her contribution to Equality, Diversity and Inclusion across 30 plus years, working in the region.