You are here: Home > News > Thanks a Bunch Wendy!

Thanks a Bunch Wendy! 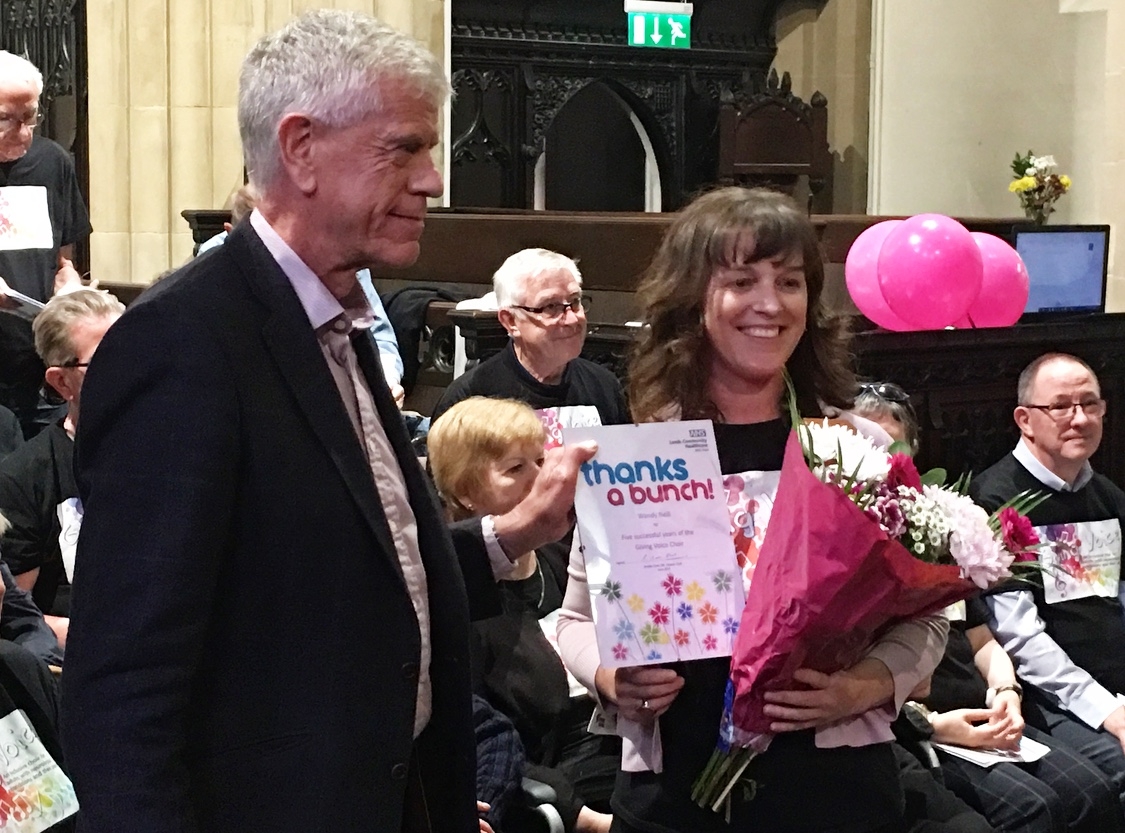 Wendy Neill, Speech and Language Therapist, was awarded an extra special ‘Thanks a Bunch’ for five successful years of running the Giving Voice Choir.

Giving Voice is a double-award-winning community choir for adults with neurological conditions and their family/carers.

The choir was set up by Wendy in June 2014 - initially as a six month pilot project. The pilot was very successful and the choir has now just celebrated their fifth Birthday.

Brodie Clark, Deputy Chair and self-declared ‘chief-groupie’ of the choir, surprised Wendy at the start of their five year celebratory concert to thank her for all of her hard work. He said “This is an amazing celebration – Wendy set this up on a trial basis and what a huge success it has been since. She has done a fab job, she shows determination, patience and is very caring – Wendy represents amongst the best of LCH.”

Wendy said “Over the years together we have sang 54 songs, including 24 Christmas songs, had 150 members, done 37 performances, sung under two glitter balls and sung on the same stage as Eric Clapton – but not at the same time!

“The members of the choir are so inspirational, they keep me going!”