You are here: Home > News > Thanks a Bunch Rachael!

Thanks a Bunch Rachael! 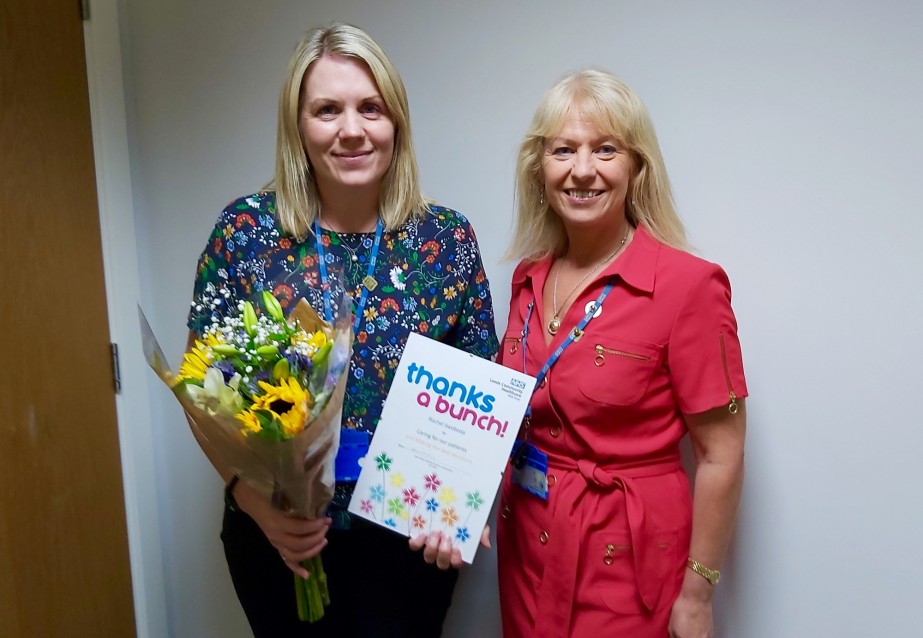 Whilst driving to her next home visit, she came across a serious accident between a car and a motorbike. She was first on the scene and, without hesitation, did all she could in attending to the seriously injured person and managed the situation until emergency services arrived. On her return to the office, she shared her experience and, whilst clearly shaken by what had happened, she insisted on attending a meeting as she did not want to let her client down.

Rachael was nominated by Sharon Craig, 0-19 Specialist Public Health Nurse, who said “All of the 0 - 19 Public Health Integrated Nursing Team at Thornton are very proud of Rachael and how her thoughts were clearly on caring for others. She definitely deserves the ‘Thanks a Bunch’ award.”

Sam Prince, Executive Director of Operations, surprised at Rachael at Thornton Medical Centre to thank her for her bravery. Sam said “You went over and above what I would expect anyone to do in their working day and displayed all of the values that we hope anyone would in the organisation.”

Rachael said “It was nice to be recognised but I was acting how anybody would in an emergency situation - I am sure that every member of my team would have done exactly the same.”

Rachael was acknowledged for the Trust behaviours of: Caring for our patients and Making the best decisions.