You are here: Home > News > Thanks a bunch Janet!

Thanks a bunch Janet! 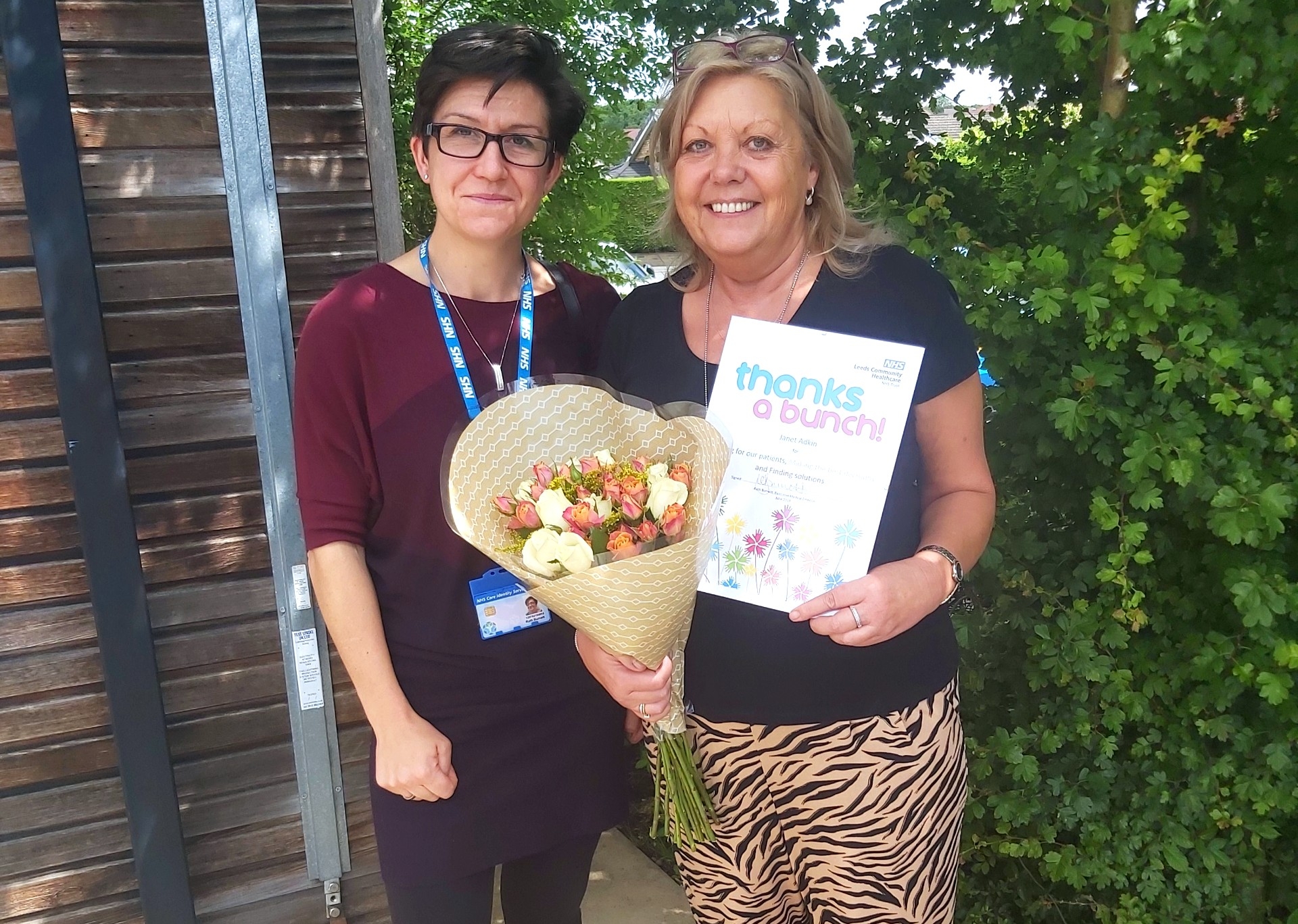 June’s Thanks a Bunch was awarded to Janet Adkin, Receptionist at the Kippax Health Centre, for going above and beyond the call of duty.

Caryn Burke, Podiatrist at Kippax Health Centre, nominated Janet because she has potentially saved the lives of two people this year.

The first example of Janet helping someone was an elderly podiatry patient who rang the Health Centre for a podiatry appointment. Janet noticed she was very breathless which concerned Janet so she talked to the patient, got some details and called an ambulance. The patient was hospitalised and given a pacemaker and has since made a full recovery.

Caryn Said “Daily, Janet takes an interest in all people, staff and patients she meets and is especially caring to the oldest and most vulnerable.”

Janet was presented with a bunch of flowers and a certificate by Dr Ruth Burnett, Executive Medical Director. Ruth said: “We learned about how you potentially saved the lives of two patients this year. Not only did you recognise the urgency of the incidents, but you were able to keep calm and manage the situation. Caryn also says that you always demonstrate genuine care interest in all people that come into the centre. Thank you for everything that you do - you’re a prime example of all the LCH values in action.”

Janet was extremely surprised and humbled by the award and commented: “You’ve given me such a shock. Thank you so much, that’s absolutely lovely – I genuinely don’t know what to say.”

Janet was acknowledged for the Trust behaviours of: Caring for our patients, Making the best decisions and finding solutions.

If you'd like to say ‘Thanks a Bunch’ to a team member for being a shining example of ‘How We Work’ (you can find our full ‘How We Work’ behaviours here) please send a short nomination and your contact details to: lch.comms@nhs.net. Your colleague could be the next recipient!