Project of the Year Award - Winner 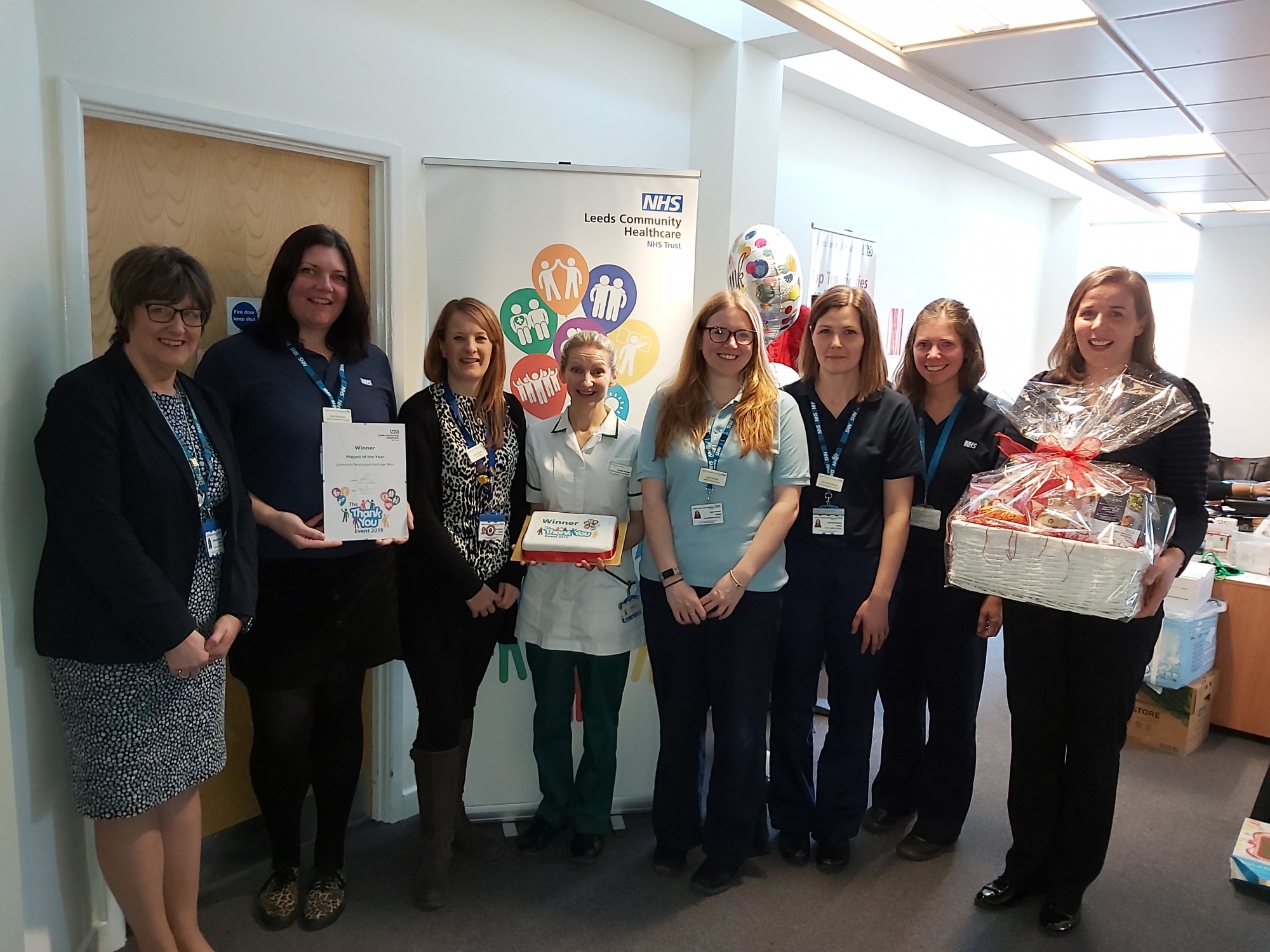 “It needs to continue, it’s a good idea, it’s very helpful. People need stuff like this when they come out of hospital after what they have been through but need someone to interact with straight away. I think that’s one of the most important bits to be honest, the early interaction. Being ill is a very lonely place and you need someone to help guide you out of this slump, who might not have been through it but understand and able to listen to me.”

The words of a patient who had been cared for by the Occupational Therapists and Rehabilitation Assistant of the Community Neurological Discharge Team who are the winners of 2019’s Project of the Year Award.

The Team began work in January of this year to provide immediate access to occupational therapy for patients with a traumatic brain injury as soon as they were discharged from hospital. This was the citywide response to an audit which showed that providing therapy in the right place at the right time to meet the patient’s needs created a more positive patient experience and saved significant bed days.

The team provides immediate input for complex cognitive issues, support to readjust to life outside the hospital and returning to work. To date the team have supported 89 patients who have been able to return home far earlier than usual, saving the NHS 334 bed days.
Gillian Meakin, Clinical Project Manager, nominated the Community Neurological Discharge Team for the Thank You event partly because they worked collaboratively with LTHT colleagues to develop robust systems and processes to support integrated working and found solutions to every challenge, barriers and issue that arose and partly due to the masses of brilliant patient feedback they have received for a job well done!

The Team were gathered at Rutland Lodge when Executive Director of Nursing and Allied Professions, Steph Lawrence, and Jenny Allen, Director of Workforce, popped in to hand over the Thank You goodies.

Speaking for the Team, Specialist Occupational Therapist Vicky Carruthers, said: "It feels amazing to win this award, it’s such a brilliant project. I came from Leeds Teaching Hospital NHS Trust on the Neuro Surgery wards and now I’m in Leeds Community Healthcare and working between the two organisations is just so amazing for the patients with the discharge planning and the risk management and being able to help people out quicker. The team I work with are brilliant, we’re a small but dynamic and flexible team and everyone goes out of their way to do what’s best for the patient. It’s just the best job and I love it!"

Team of the Year Award - Winner 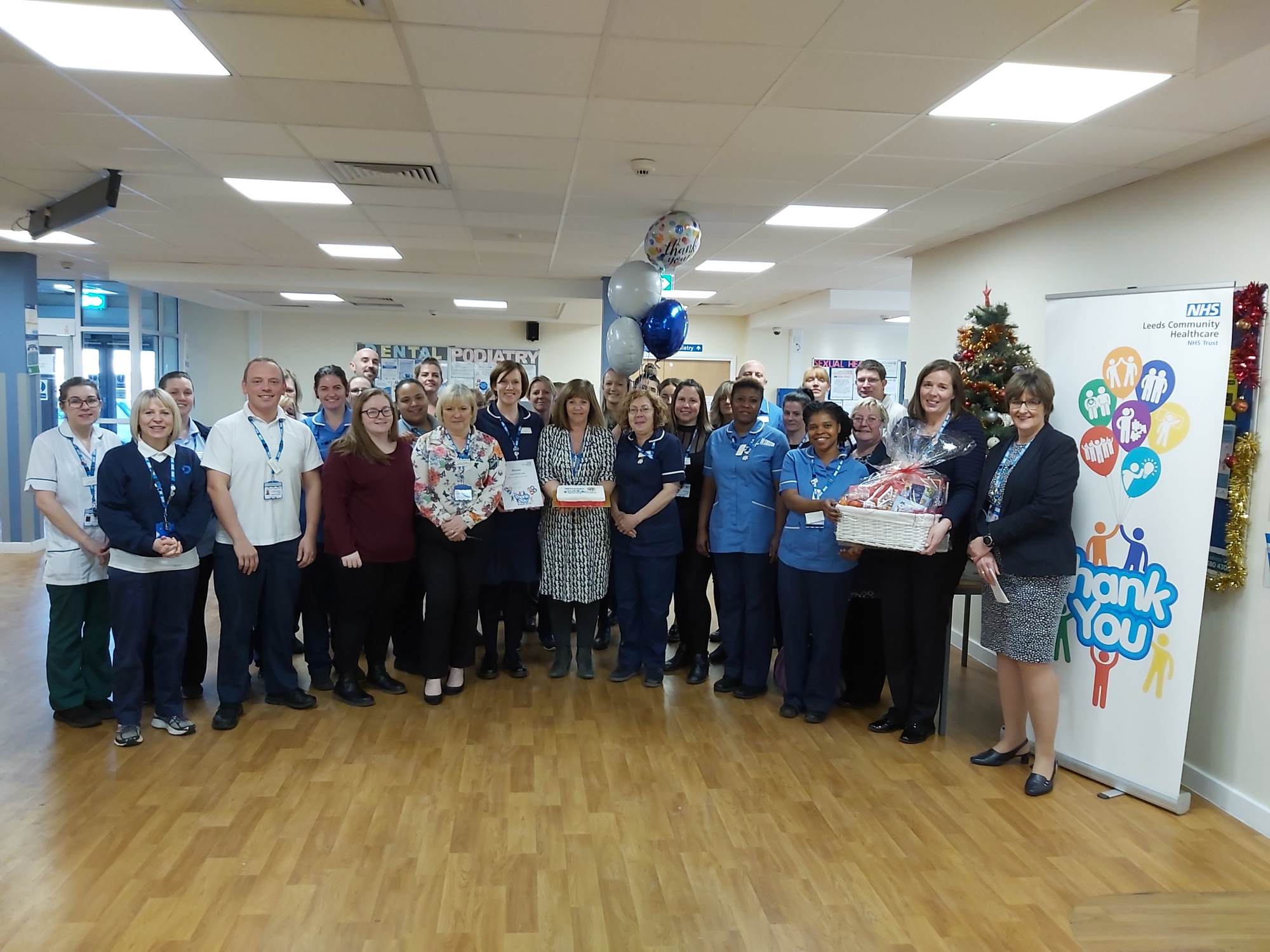 Beeston Neighbourhood Team is described as a flagship team for its efforts to be open to change and becoming a high quality, effective service – demonstrating all of the magnificent 7 on the way.
Over the past year the team has developed effective relationships with third sector and partner organisations through inclusive meetings with the Beeston MDT, embraced new ways of working like the Virtual Frailty Ward and worked collaboratively to deliver patient centred care which demonstrates ‘you said, we did’.

Sally Yorke, Operational Lead has nominated every member of the Team because they  are motivated and morale is consistently high, making Beeston an attractive place to work. Staff turnover is low and staff are keen to transfer into the team from other Neighbourhoods and services. There’s a welcome ‘fuddle’ for new starters to make sure they feel part of the team.

“The Team has an extremely high level of commitment and engagement; demonstrated in the fact that 92% of them have completed the staff survey and appraisals are consistently between 92% and 100%.  They have zero ’unoutcomed’ visits and being the first team to receive accreditation for safety huddles in the shortest time frame from the Improvement Academy, they haven’t had any avoidable falls in more than 8 months" said Sally, adding that the therapy team had worked collaboratively and creatively to reduce the patient waiting list.

Executive Director of Nursing and Allied Professions, Steph Lawrence, popped into Beeston Hill Community Health Centre along with Jenny Allen, Director of Workforce to interrupt a team meeting and deliver the good news!

Verity Lee, Occupational Therapist Technical Instructor, speaking on behalf of the team said: “The people make this team; everybody just gets on with it and works together. We all help each other and Sally, as our manager, helps to keep everything moving along. To win this feels amazing! “ 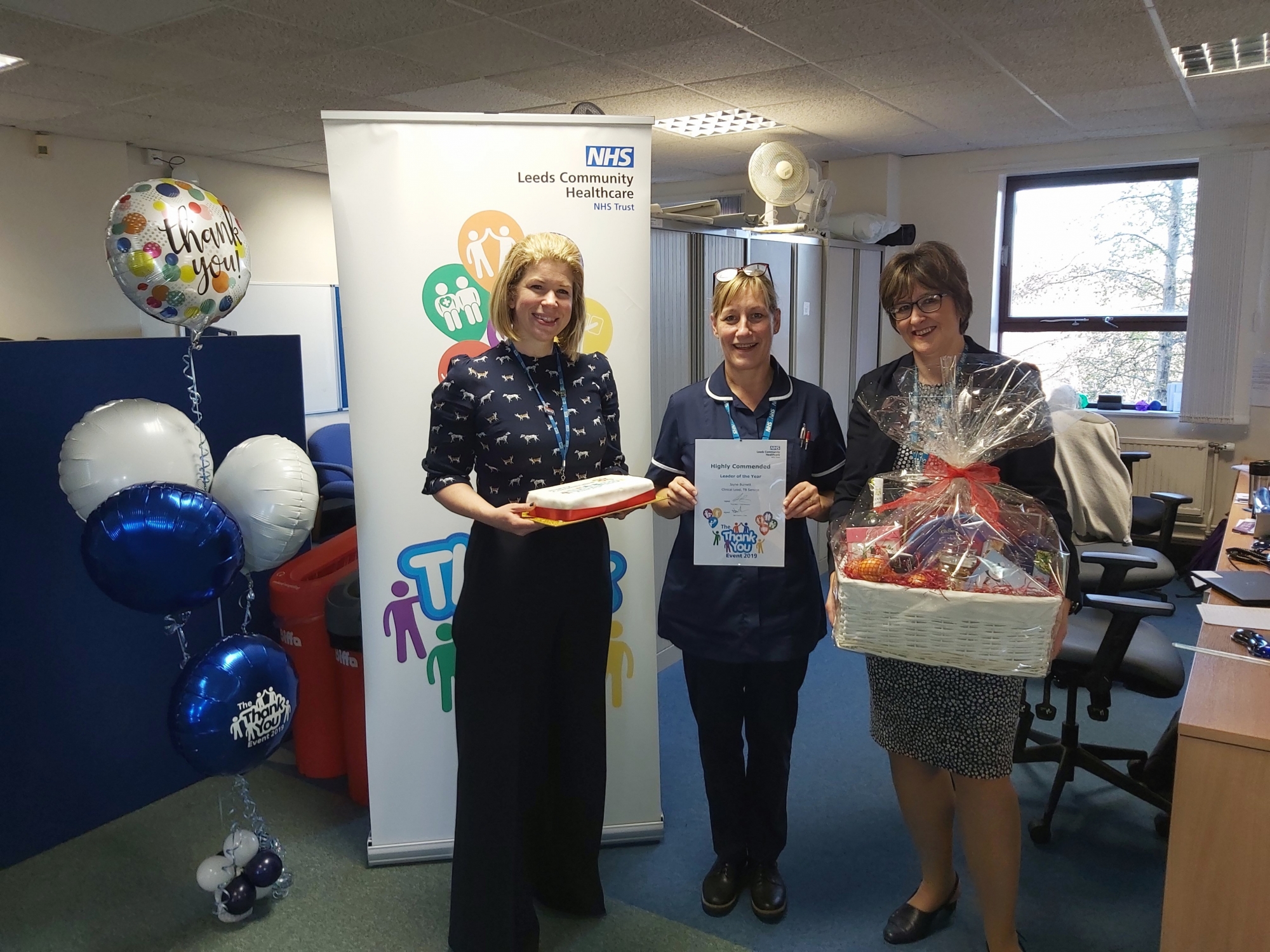 Jayne Burnett, Clinical Lead, TB Service, is described as a tenacious and amazing leader. The TB team, under her leadership, led a timely and effective response to a TB outbreak in a very vulnerable client group. Alongside her team, Jayne ensured high quality care and appropriate screening in very challenging circumstances and developed good relationships with staff at all levels, and across organisational and professional boundaries, to make sure clients’ needs were met.

Jayne has co-ordinated collaborative ways of working with local authority and housing partners to make sure patients who may not have access to public funds are not left homeless, making a huge difference to their outcomes.  Her leadership has meant the team is able to ensure patients are treated with dignity and respect, not only receiving the care they need, but also the right social environment in which to recover from illness. This work has been recognised as exemplary by the city’s Health Protection Board.

Speaking after her surprise ‘Thank You’ Award hamper, presented by Steph Lawrence, Executive Director of Nursing and Allied Health Professionals and Laura Smith, Director of Workforce, Jayne said: “I just love working for this organisation. The development opportunities I’ve had over the last couple of years have really helped.  I do what I do because it’s my job, but it is lovely to be recognised for it.  I’ve never had anything like this in my whole career –I’d like to say my own ‘thank you’ to everyone involved!”