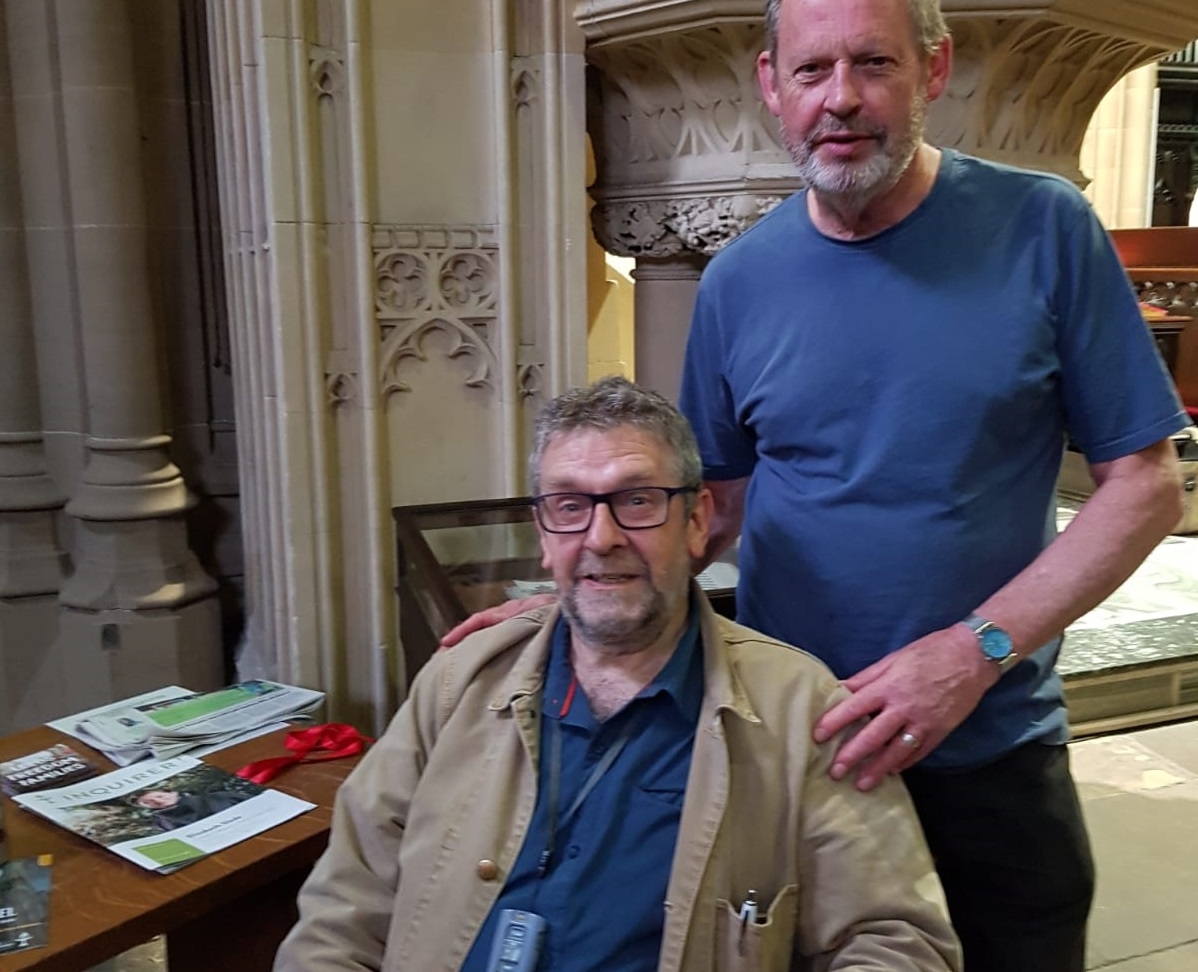 Giving Voice, the community choir for adults with neurological conditions and their family/carers, is celebrating its fifth birthday.

The choir was set up to help patients with dementia, Parkinson’s Disease, stroke, and a range of other conditions which affect an individual’s speech, memory and confidence, by Wendy Neill, a Speech and Language Therapist with Leeds Community Healthcare NHS Trust.

She and music teacher, Sally Blyth, now lead a core group of 20 people who sing out every week and perform well known songs ranging from ‘Crazy Little Thing Called Love’ to  ‘These Boots are Made for Walking’ and everything in between!

Wendy said: “Since Giving Voice started, many people have joined and enjoyed the health benefits of singing including improved memory, breathing and vocal abilities. Many members have also said that it has given them the confidence to try other new things and join other social groups.

“The performances give them a ‘buzz’ and make them feel great afterwards. Some of our members are socially very isolated so coming along to the choir is the highlight of their week,” she added.

Simon had a stroke in April 2012. He was at the first ever Giving Voice rehearsal in June 2014 and has been attending on and off ever since. He says: “I liked singing in a choir before I had my stroke. Joining the Giving Voice choir has really improved my intonation, phrasing and volume control. I used to speak in a very robotic way, but this choir has massively reduced this. I get a rush from performing and I would strongly recommend this choir to others. My favourite song we currently do is 'One Day Like This'."

Simon is supported by his friend Toby, who added: “I enjoy singing with Simon and it has been great seeing him improve through singing. It was a very important part of his life pre-stroke and it's great to see him doing it again; the change in his speech has been remarkable. My favourite choir song is 'Addicted to Love'.

Steve has Parkinson’s and joined the choir because he was concerned about losing his voice. He said: “I enjoy meeting other people and I love our performances.  Singing helps keep my voice going and my favourite song is 'Leaving on a Jet Plane'.”

The Choir’s patron, celebrated Leeds playwright Kay Mellor OBE, said: "I recently wrote a musical and sat in the theatre night after night listening to beautiful voices filling the auditorium, and I realised how important singing and music is to our lives. Happy 5th Birthday to the Giving Voice Choir - Keep feeling and giving the joy, and long may it continue!”

The choir’s fifth birthday will be marked with a gala concert at Mill Hill Chapel in Leeds City Square on Wednesday, June 26. There are no bookable tickets for this event, just turn up on the night and pay whatever you can on the door. The Chapel capacity is 100 seats which will be allocated on a first come, first seated basis. Doors open at 6.20 with the performance due to begin at 6.30pm.

The Choir meets every Wednesday from 6.30-8.00pm in Mill Hill Chapel, Leeds City Square.to rehearse. “ It’s more about taking part than an being a great singer and people should just come along and get the benefits from singing in a group,” said Wendy.