You are here: Home > News > Leeds to turn red for World TB day 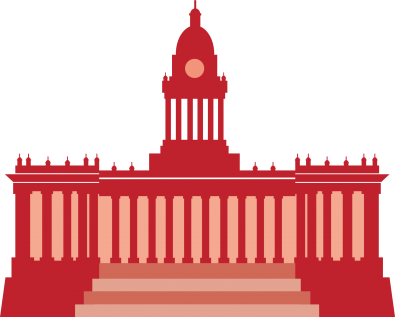 To mark World TB Day on Saturday (24 March), Leeds Community Healthcare - alongside Public Health England and its partners - is supporting the World Health Organisation’s campaign to illuminate buildings and landmarks across the world in red.

TB is one of the leading causes of death worldwide and England still has one of the highest rates in Western Europe with over 5,600 people affected by TB in 2016.

The good news is that TB can be cured with the right treatment – testing and treatment are free and PHE urges anyone with symptoms or who has had long term contact with someone who has TB to see their GP to get tested.

To raise awareness of this disease, Leeds City Council is lighting up Leeds Town Hall and the Leeds Civic Hall, to highlight the continued focus that is required to meet the ultimate ambition of making England TB-free. Although cases have declined nationally and in Yorkshire and the Humber in recent years, there is still much more work that needs to be done.

Infection with the TB bacteria may not always develop into TB disease. When TB disease does develop, the vast majority of cases are curable with a 6 month course of specific antibiotics

TB is an infectious disease that usually affects the lungs, but can affect other parts of the body such as the lymph nodes (glands), the bones and the brain and can lead to serious complications. The most common symptoms of TB are a persistent cough for more than three weeks, unexplained weight loss, fever and night sweats.

TB is difficult to catch and you need to spend many hours in close contact with a person with infectious TB to be at risk of infection. Although TB can be fatal when left untreated, it is curable with a course of antibiotics.

“People often think that TB is a Victorian disease that is no longer around but it still affects around 450 people in our region each year and there is still a long way to go until the target to eliminate TB is met.

“We urge everyone to join this fight to confine TB to history. World TB Day is an opportunity for people everywhere to be informed about TB, educate others and urge governments to take action. This global movement will make a powerful statement and show solidarity for people who have been affected by TB.”

For further information on TB visit the NHS Choices website.