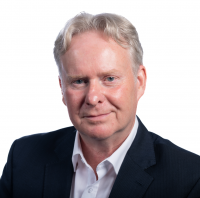 Richard was appointed to a Non-Executive Director role on the Trust’s Board, starting from April 2016. Richard chairs the Business Committee and is deputy chair of Audit Committee. He acts as champion for the Freedom to Speak Up Guardian work at the Trust.

Through his own consultancy business, Richard specialises in digital healthcare transformation; designing and delivering complex programmes. He is a specialist in programme delivery and commercial management, particularly centred on patient record and population health management solutions. Over his career Richard has held senior positions with PwC, IBM, PA Consulting and Deloitte where he headed the UK Human Capital Healthcare team. He has led work across the UK, Europe and the Middle East. Richard has a degree in Economics and is a qualified accountant.

Richard is a proud Yorkshireman and lives in Menston with his partner and daughter. He is keen cricket supporter and takes time way from screens with cycle touring, hillwalking and skiing.