You are here: Home > About Us > Board of Directors > Neil Franklin OBE 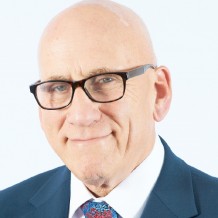 Neil was appointed as Chair of the Trust in May 2012. He chairs the Nominations and Remuneration Committee and the Charitable Funds Committee, and is a member of the Community Foundation Trust Programme Committee.

He previously worked as a solicitor in private practice until he joined West Yorkshire Prosecuting Solicitors' Department in 1979. Subsequently, after this department was subsumed into the Crown Prosecution Service (CPS) he was promoted on a number of occasions, becoming Chief Crown Prosecutor, initially for West Yorkshire in 1999 and then for Yorkshire and Humberside, before retiring in 2011.

In the 2006 Queen’s Birthday Honours list, he was awarded an OBE for his services to the Crown Prosecution Service. He previously worked as a Non Executive Director for NHS Airedale, Bradford and Leeds from 2007 until his appointment to Leeds Community Healthcare.